Autographed football from Nebraska's 1978 team, the first to defeat Oklahoma under coach Tom Osborne, winning 17-14 at Memorial Stadium. The Sooners were ranked No. 1. Nebraska also got a share of Osborne's first Big Eight championship. 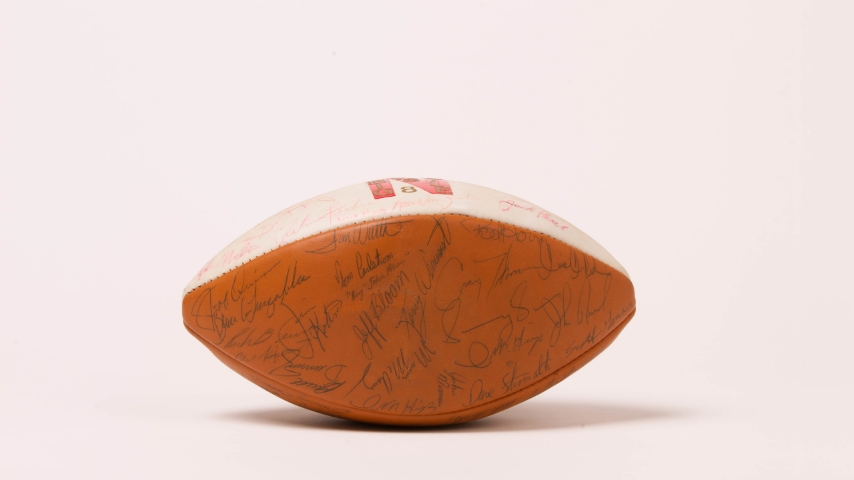 >>Kerry Weinmaster, a junior from North Platte, Nebraska, was in his second of three seasons as the Huskers' starting middle guard. He earned a letter as a true freshman, a rarity at the time. He was listed at 6-foot, 217 pounds.

>>Jeff Bloom stood 6-foot-1 and weighed barely 200 pounds but was a back-up center. He also was the Huskers' long-snapper.