>>The 86-proof Kentucky straight bourbon whiskey was “130 months old.” It was “bottled by James B. Beam Distilling Co.” in Clermont, Kentucky. 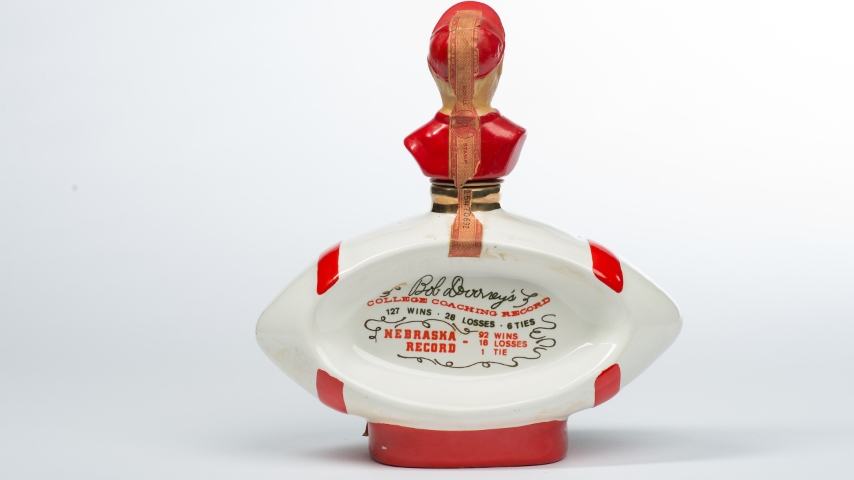 >>Bob Devaney had intended to retire following the 1971 season but was persuaded to remain in an attempt to win an unprecedented third consecutive championship. The Huskers finished 9-2-1 and fourth in the final AP poll in 1972, when this decanter was produced.

>>The Devaney decanter is among the most popular and generally less expensive than most related to the Huskers from that time.