Win Mumma wrote and illustrated a 40-page history of Cornhusker football, which he published in 1976. It sold for $1.25 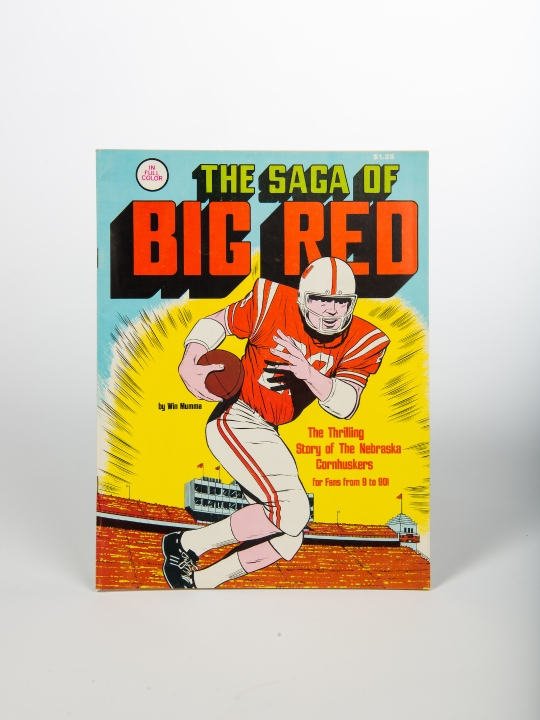 >>According to a short sidebar in the Sept. 12, 1976, Omaha World-Herald sports section, the comic book could "be obtained only through The World-Herald."

>>In addition to working for ad agencies, some as a freelancer, Mumma spent 10 years as an "illustrator and art supervisor for the Nebraska ETV Network," according to the website christiancomicsinternational.org.

>>He also "produced numerous illustration and cartoon projects for the University's athletic department," the website says, referring to Nebraska.

>>Mumma refers to Bob Devaney as "A MONUMENTAL AND UNFORGETTABLE FIGURE IN THE SAGA OF BIG RED FOOTBALL!"