Options Nebraska Could Take if it Wanted to Redesign Its Field

Hallowed, too, are the grounds at Memorial Stadium.

It’s why the Huskers’ on-field look has, minus some minor alterations here and there, remained constant over the years. Why fix what isn’t broke? Husker Athletic Director Bill Moos has intimated through multiple conversations on the subject the Huskers will play in the alternate sandbox but don’t want to stray too far away from the Alabamas and USCs and Ohio States of the bunch when it comes to the main home and road uniforms.

Field is different, though. At least, it could be, couldn’t it?

In the offseason, before the sporting world ground to a standstill, Nebraska had planned to resurface its field turf inside Memorial Stadium. Not change the design, just refresh the turf. The actual design of Tom Osborne Field hasn’t seen a facelift in years.

Scott Frost being back as the team’s head coach has ushered in a new era, however. For the first time on the field, the 2019 Huskers featured a Blackshirt alternate, something Frost himself wanted. As Nebraska tries to make itself cool again to a younger generation who has only heard stories of Tommie Frazier running people over and not actually seeing it, maybe updating the turf without touching the actual uniform itself would be a welcome comprimise?

*Hears screaming from the back*

Kickoff of the 2020 season, a home contest with Purdue currently slated for Sept. 5, looks to be the next time we’ll see Nebraska on the field, barring any more schedule adjustments (knock on wood). That’s a conference game to open the season. Highly unusual. May even be a night game.

What if Nebraska, with all the emotion the Huskers will have coming out of the tunnel for a season in which everyone seems determined to prove some people wrong, was walking onto a modified field?

Here are five options to consider.

Option No. 1: A Throwback 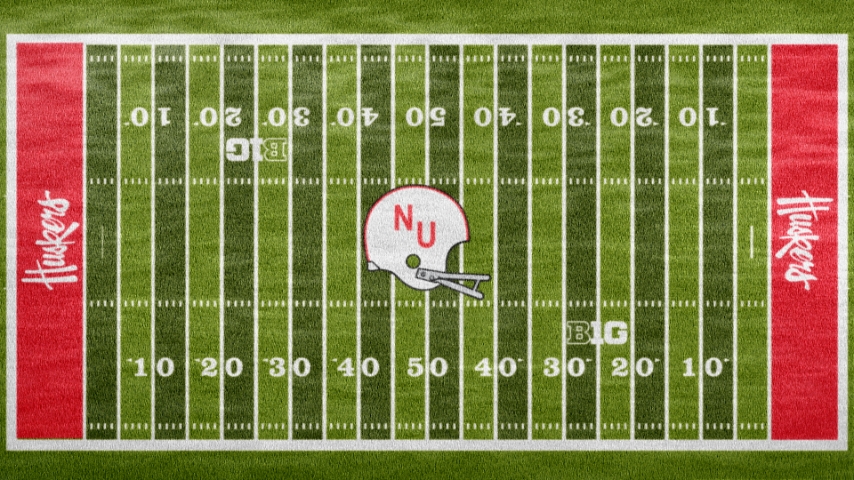 My personal favorite. Nebraska used this as a helmet style for three seasons—1967 through 1969.

And, the Huskers’ digital team has recently spun back up this retro helmet to use in social content. 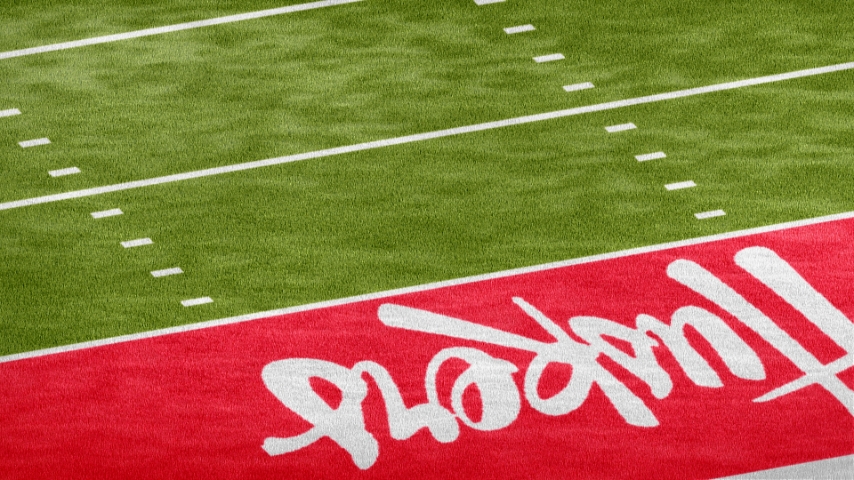 Different eras are mixing and matching here with the wordmark in either endzone and the helmet at midfield—the script Huskers didn’t debut until 1983—but some of the best throwbacks draw inspiration from multiple times in a team’s history.

Option No. 2: Another Throwback

The scarlet endzones and white script “Huskers” stick around but the logo at midfield changes.

There would be no way to do this without having a Herbie Husker option. The famous Husker mascot—this guy, not the newer one—is one of the better throughout college football. Just makes sense to show him off on the field. 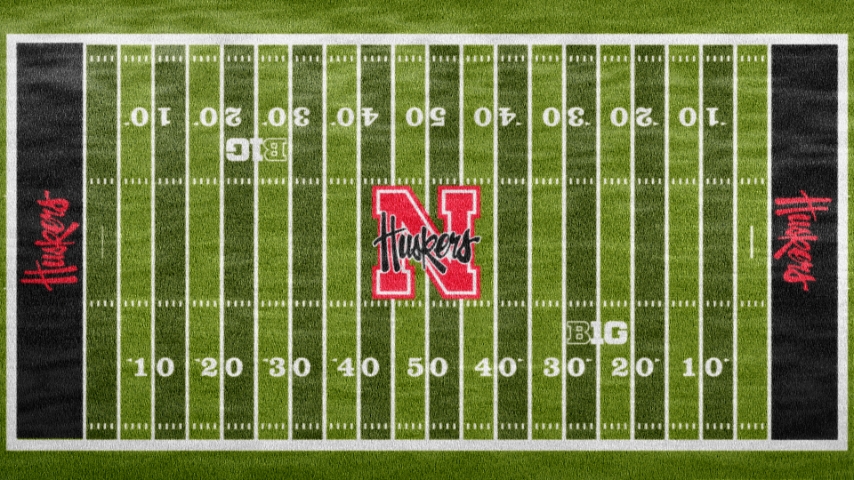 Nebraska played in five Orange Bowls, two Fiesta Bowls, and a Rose Bowl, it won six conference championships, and it won three national championships with this Nebraska “N” serving as the secondary logo.

It lasted from 1992 through 2012. There’s an argument to be made this is one of the most recognizable logos in sports. 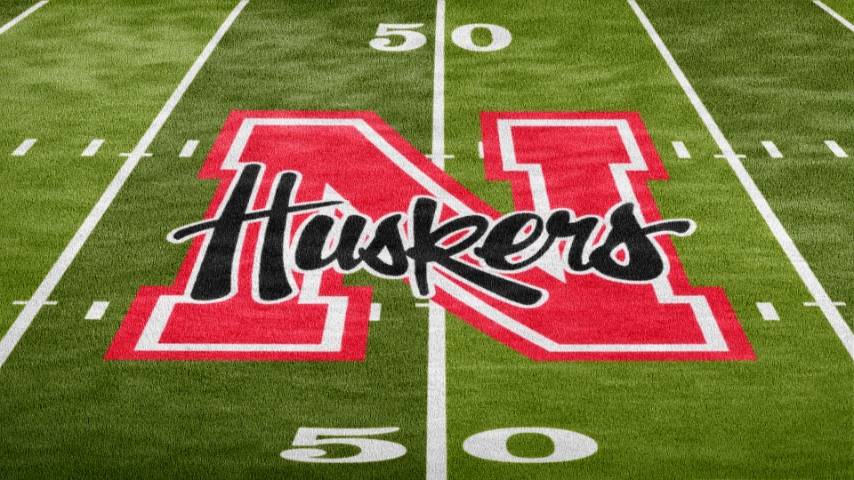 Nothing wrong with wanting to journey back.

Option No. 4: A Modern Nod to Tradition 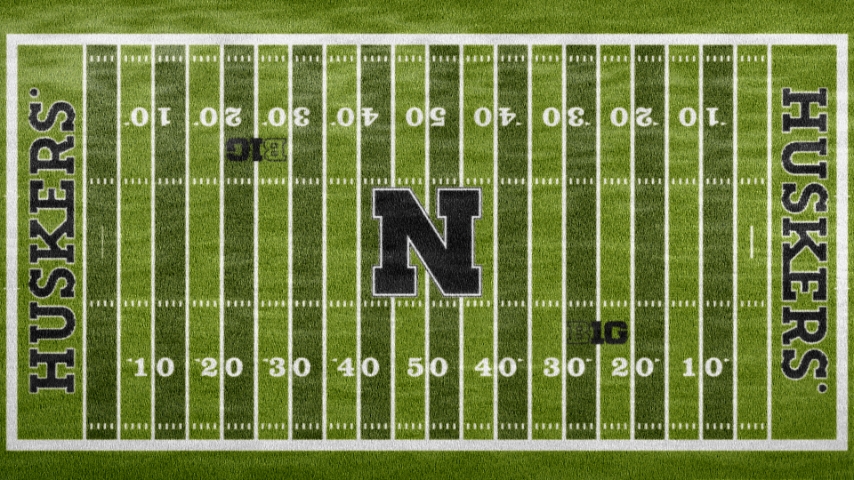 It’s much harder to have an “alternate” playing surface in football than basketball, so Nebraska wouldn’t be able to just swap looks for when it decides to break out the Blackshirt alternates, so why not make the alternates a more permanent piece of the rotation and play in front of a blacked-out crowd the next time Wisconsin comes to town?

*Screams get much louder*

Option No. 5: The Head Coach’s Hat

I’m just here for the simplicity.

This NU logo was the primary for Nebraska football from 1956 to 1969. The Huskers’ new head coach brought it back into our consciousness first on a hat, and now on a field.

The rest is completely minimal. 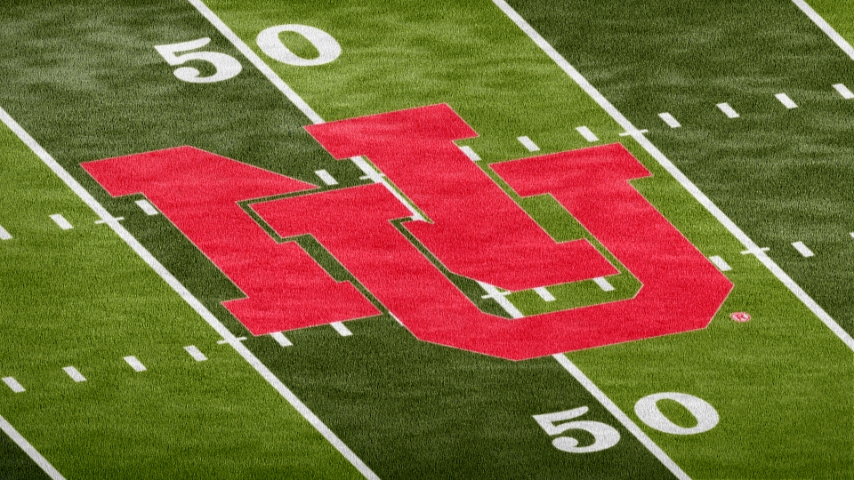 Sound off in the comments below with thoughts or other ideas. Have fun. Stay safe. Yell at me on Twitter.