Power Ranking Ideas for Cutouts this Fall at Memorial Stadium

It’s not quite as awesome as the Korean baseball team that filled seats behind home plate with stuffed animals, but Nebraska is going to place cardboard cutouts behind the home sideline for football games this season.

You have to pay, of course, to get your picture in Memorial Stadium—and, truth be told, the Husker plan is a bit underwhelming after teasing something “innovative,” this is transparently a money grab—but Nebraska is giving the fans some creative liberty here, too.

Your puppers can make his or her way into Memorial Stadium. The only photo guidelines were to wear red and limit a cutout to only one person (or pet) displayed.

Let’s have some fun.

Now, I won’t be paying to put a cutout inside Memorial Stadium. Maybe I should, but things like a Playstation 5 need purchasing in the near future and you never want to piss off the Mrs. too much before the holidays.

Still, I’ve put a good deal of thought into what images I’d submit if I were getting one.

Take this as a power ranking of the best things to put behind Nebraska’s sideline. You are more than welcome to steal an idea. Especially the first one. Please use the first one. (And drop your ideas in the comments below.)

No. 1: The Many Faces of Michael Scott 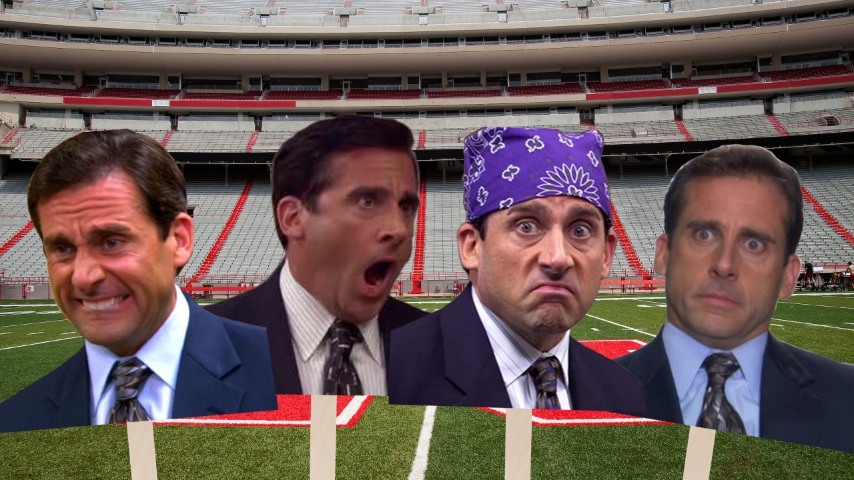 Let’s say I had a stack laying around (I don’t) and I wanted to drop it on cutouts to be placed inside Memorial Stadium. This would, objectively speaking, be the route to go.

Fans would be making those faces in the stands under normal circumstances anyway. At least, they have in the past.

This year might have looked a bit more pleasant.

No. 2.1: The Dogs of Nebraska Football

So much terrain to cover. You can go so many different directions. Your own dog feels like a must, dressed up in a Scott Frost (don’t make the obvious pun) shirt. You could also decide to use different dogs to represent various aspects of Nebraska football. I’d be very curious to know what kinds of dogs players on the team have.

No. 2.2: The Cats of Nebraska Football, submitted by Brandon Vogel

No. 3: The Full Collection of Big 12 Mascots 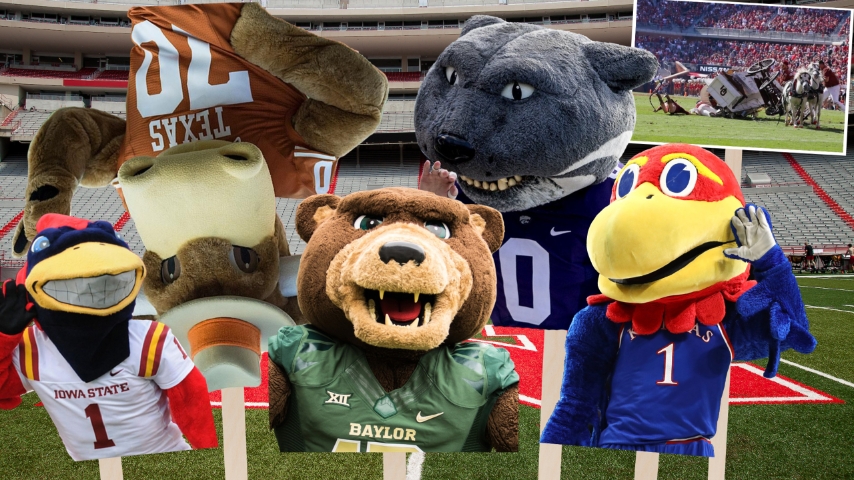 Pat Forde would love it.

I’d like for someone with buckets of cash—like, owns a mansion like the one John Wick called home once upon a time—to finance filling East Stadium entirely with cutouts of the greatest image ever captured. 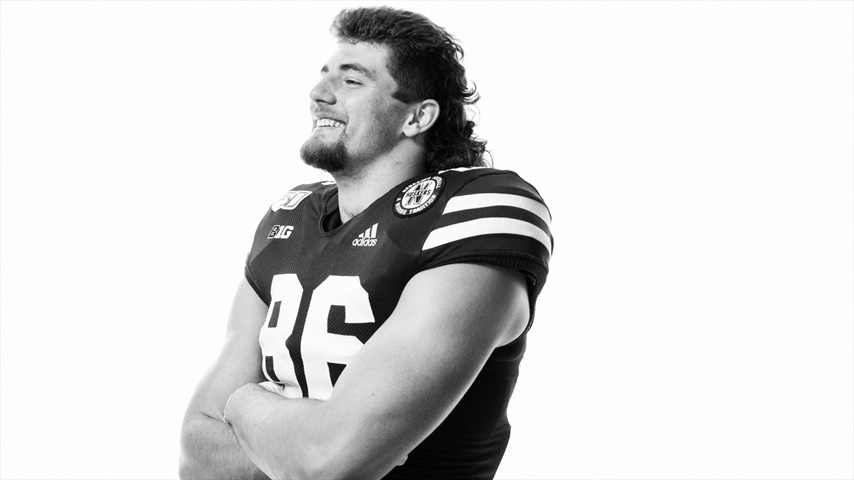 Tight end Jack Stoll’s mullet reached historically great levels last season before getting chopped. Truth be told, I’m against mullets in general and was outspoken about that fact while several Huskers grew them, but Stoll’s grew on me at the same time.

Let its beauty live on.

He’d serve as a distraction to the folks on the other side who have to look into those cold, haunting eyes.

Would the 2006-07 Golden State Warriors be the greatest underdog story of this century?

They’ve certainly got a case. Ask basketball fans about the “We Believe” team, and they should know who you’re talking about. Before the Splash Brothers entered the playoff foray following the 2012-13 regular season, the “We Believe” Warriors were the only Golden State playoff team for nearly two decades.

And the top-seeded Dallas Mavericks team they beat was no lame duck. Those Mavs had the league MVP in Dirk Nowitzki, 67 wins in the regular season, and a remarkable plus-9.1 net rating. They were legitimately great. And in beating them, the Warriors became the first Eight to beat a One.

Nebraska has low expectations this season; perhaps lower than has been the case in quite some time. Most fans seem to just want to see progress on the field. If that comes despite losses against a schedule littered with the Big Ten’s best, this might be one of those few years so drenched in nuance that a 4-4 year (or maybe even a sub-.500 record) wouldn’t be cause for panic.

But Nebraska believes. The players believe in the progress they’ve made. The coaching staff believes it is on the right track and has made the necessary adjustments. Give NU a bit of inspiration on the sideline.

I have absolutely no idea but it looks great and takes up the real estate of like four cutouts. Seems like solid return on investment. Another smart business quip.

Enough horsing around. We have 15 MLB games on today. Baseball is back 15/10 pic.twitter.com/hoFpHTxVzC

This might not work, technically it’s breaking the rules of “one living being per cutout,” but c’mon.

The prominence of Faux Peeling on Twitter means the Christmas card of Pelini in an ugly sweater holding a cat will live on in the college football lexicon until the end of time.

If we can find a way to make this happen—specifically Pelini raising a cat triumphantly above his head, Simba-style—I think we should.

It was a good summer for knighted folk and large, luxury watercraft.

It was a bad summer for Big Ten commissioners.

Combine the two and you have a cutout sure to spark a conversation that will last all evening.

(Is this even allowed? Someone on a boat? With the picture zoomed out enough to know the person is on the boat? I’m not sure but we’re at the end of the list and this is where things get a little out there.)

Brandon Vogel and Erin Sorensen contributed to the mental labor that was needed to craft this piece. Brandon has been assigned 15% of the credit, Erin 5%.