It's good to be back. After a short break in our publishing schedule, Hail Varsity is back for what is our biggest project each and every year––our Husker Football Yearbook.

The full issue isn't quite ready yet––we're in the final weeks of getting it ready for print and it will ship on June 19––but a key piece of it is. We're excited to unveil the cover for the 2020 Hail Varsity Husker Football Yearbook featuring senior cornerback Dicaprio Bootle. 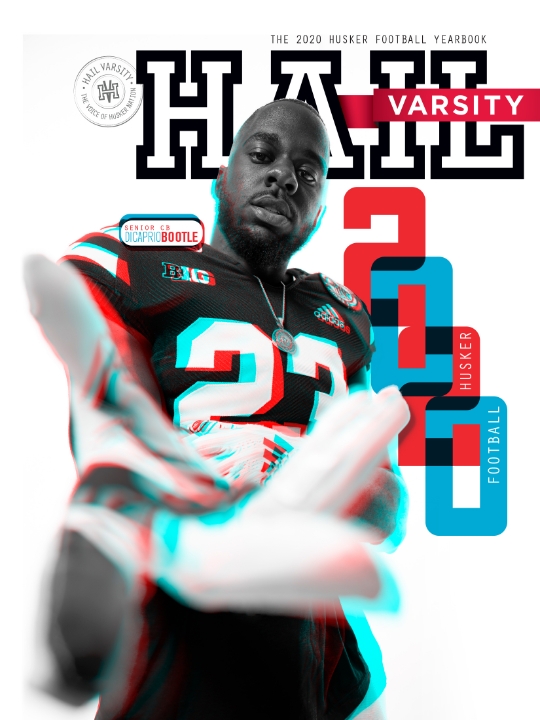 To celebrate the cover release, we're offering $5 off the first year of an annual subscription with the promo code: YEARBOOK. Annual subscribers lock in a year of award-winning Husker coverage, including 11 monthly issues and access to all of the premium, subscriber-only content on hailvarsity.com. Sign up now and you'll also guarantee that you will get the 2020 Yearbook as soon as possible.

Our goal for this issue each year is to give the greatest fans in college football a preview that matches their passion. There are detailed breakdowns of every position. Our Big Ten and opponent previews offer a deep dive into the teams on Nebraska's schedule that will leave readers with a better understanding of what lies ahead. You'll also find award-winning photography and columns.

That's all in addition to the singular storytelling that we hope is a hallmark of our biggest issue each season. Here's a taste of what you'll find in this issue: